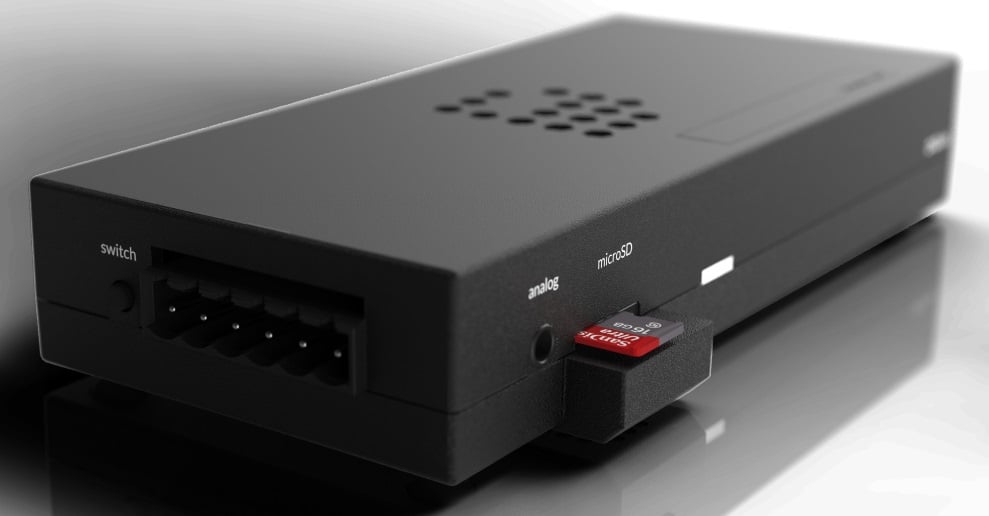 Output settings:
Each of the four digital outputs on the DiGidot C4 can control up to 1024 individually controllable lights in its most ideal setup. That’s up to 4096 individual lights in total. You can freely change the protocol of the outputs, assign universe numbers, change the start address and change the advanced settings of each universe.

A couple of the most interesting ones:
Adjustable color order
Repeat channels
Combine channels


SHOW RECORDING
Record • Play
The DiGidot C4 LED driver translates a signal from the LED software to LED lights. The DiGidot C4 Extended can record that same signal on its microSD card. Therefore, once the different lighting presets are recorded to the DiGidot C4’s microSD card the lighting installation runs on only the C4. A 4GB microSD card provides roughly 10 hours of recording time. Once recorded, a scene can be looped as often as needed or you can blend the beginning and the end of a scene to a continuous playback of the same content. For larger installations, several DiGidot C4s can be connected together and the recorded presets will be displayed in sync over all connected lights.

SHOWPLAY
Play • Standalone
By using the DiGidot C4s built-in User Interface, one can easily choose the lighting scene to be displayed. There are several options that come with the playback. You can play/stop a scene and delete it if unnecessary. In addition, scenes can be downloaded and transferred from one C4 to another. Note that scenes are strictly compatible with C4s with identical configurations. When a recording is done with several DiGidot C4s the play button will depict the content on every C4, regardless which C4 is chosen.

FULL TRIGGER CONTROL
Connect • Play
Once you have the scenes on your microSD there are several ways to change the lighting scenes, apart from the User Interface of the DiGidot C4. A chosen scene can start as soon as the device is booted. The C4 is also equipped with a 3.5mm barrel jack, which allows analog input to be sent to the C4. Physical switches or even motion sensors can be connected too. And last but not least, time related triggers can be set, so a specific scene will be displayed or be switched on and off at chosen times.

INTEGRATION
Home Automation • Apps
The DiGidot C4 LED driver in its essence is a networking device that can be integrated into local networks. There are several benefits to that. Every device within a network has its own unique IP address and name. Therefore, one could easily connect to the C4 and manage the device and its lighting presets. Once connected to a network the content on the DiGidot C4 can also be managed through a 3rd party control system like Crestron or AMX using HTTP GET commands. Nonetheless, if the DiGidot C4 is connected to a local network and you have a mobile device connected wirelessly to the same network you can manage its content from our iOS app.

AMAZING OUTPUT VOLUME
The DiGidot C4 Live can output to a maximum of 4,096 individual LEDs and 1,365 RGB LEDs. The LEDs are spread over 4 Outputs, where each can have 3 Universes. Lights can be directly connected to the LED driver. The digital Ouputs of the DiGidot C4 Live can all have various settings. You can output both the SPi and DMX signal. Being able to directly connect to LED lights allows the creation of more cost efficient lighting installations. Ethernet nodes and switches are no longer a neccessity, since the DiGidot C4 combines those features. Several DiGidot C4s can be connected together and run the lighting installation as one.

USER INTERFACE
Full device control from its web-based interface
Whether you use Mac or Windows, the responsive HTML5 interface works on all well known platforms, such as Chrome and Safari. With its clean look and clear explanations at every button it has a minimal learning curve. By typing the standard IP address 10.254.254.254 in your web browser the built-in user interface will help you setup the DiGidot C4 according to your project requirements. You can adjust the number of universes, the type of LED (the LED light IC chip) and route them to a preferred output. Are you using multiple DiGidot C4’s daisy-chained or in a network? Name them the way you want and give them a unique IP address to easily recognize them in your project!

WORKS WELL WITH ALL PRO LIGHTING CONTROL SYSTEMS
The DiGidot C4 Controller works well with most common LED software used in professional event lighting. The device was thoroughly tested with MADRIX, but we can assure it works well with other software, such as: ArKaos, Chromateq, Pharos and Resolume. Nonetheless, the DiGidot C4 was used numerous times with grandMA consoles. 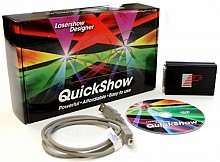 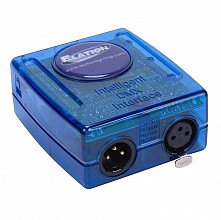 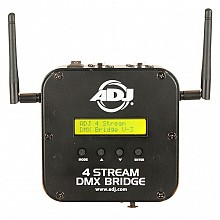 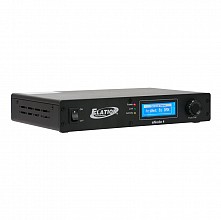 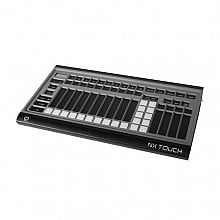 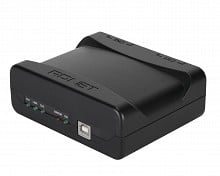 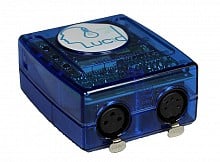 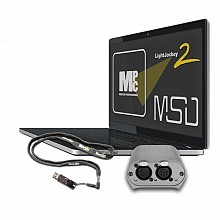