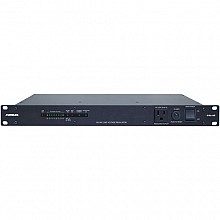 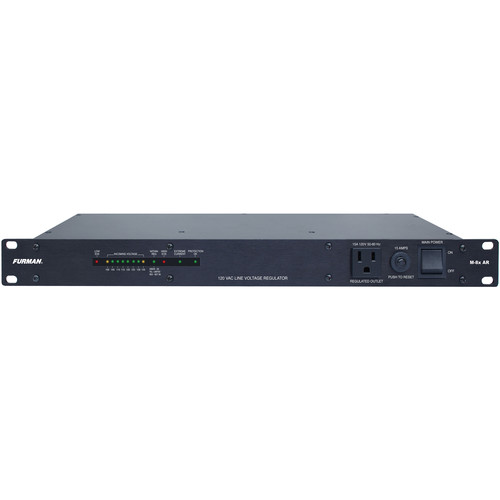 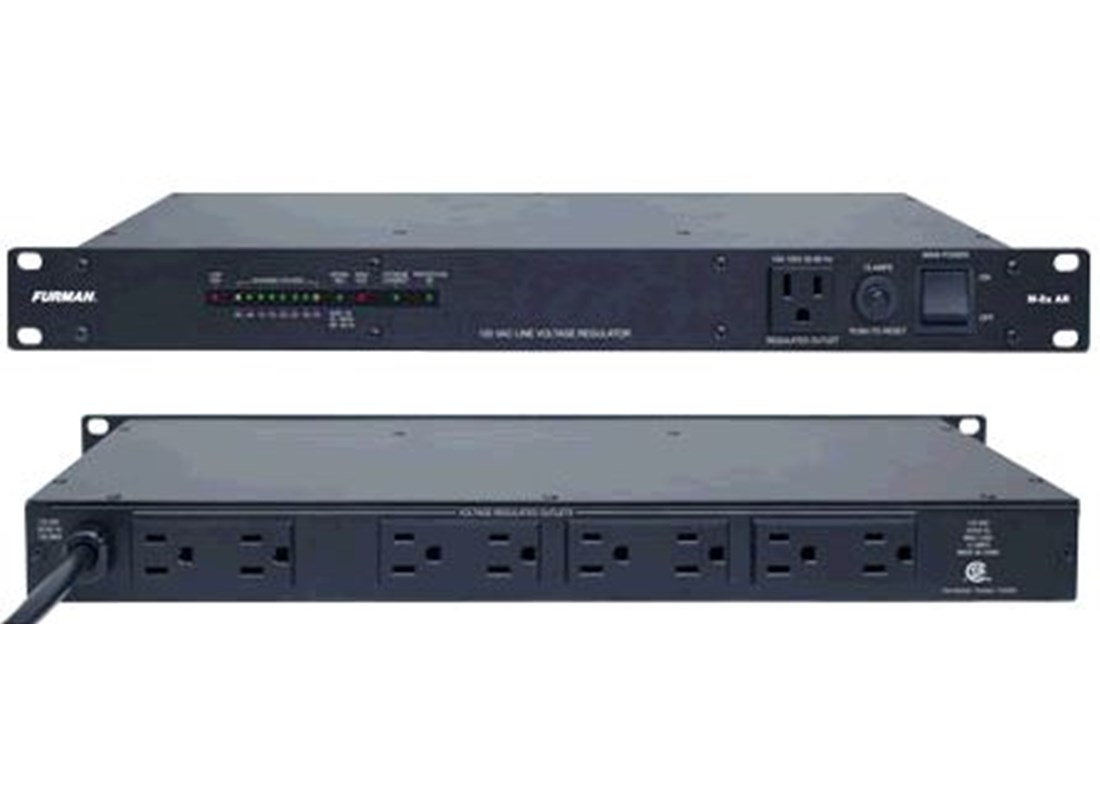 The Furman M-8x AR Voltage Regulator is intended to protect sensitive electronic equipment from problems caused by AC line voltage irregularities such as brownouts, sags, and over-voltage conditions. Such irregularities can cause audio tonal changes, digital equipment malfunctions (such as loss of MIDI programs or other data), or in extreme cases, permanent damage.

Voltage Regulation
The AC line voltage is a number representing the nominal electrical potential that has been adopted in a region for powering electrical equipment of all kinds. In most of North America the line voltage is 120VAC. The actual voltage can fall below or rise above this nominal level due to brownouts, power cutbacks, use of substandard wiring, and other causes. These deviations can cause poor performance or a malfunction. A voltage regulator is a device which, through use of an autotransformer, corrects for deviations in line voltage by switching transformer taps such that the output voltage is at or near the nominal AC line voltage level.

Spike (also called surges or transients)
Spikes can have voltages as high as 6000 volts. Though they are usually of very short duration, the energy they contain can be considerable and enough to damage sensitive solid-state components in audio and computer equipment. Spikes can also foul switch contacts and degrade wiring insulation. They are an unavoidable component of electric power. They are caused unpredictably by electric motors switching on or off (on the premises or outside), utility company maintenance operations, nearby lightning strikes, and other factors. Spikes are absorbed by special components called MOV's inside the M-8x AR to provide safe voltage levels to protect your equipment.

RFI/EMI Interference
Noise from RFI (Radio Frequency Interference) or EMI (Electro Magnetic Interference) involves lower voltages and less energy than is found in spikes, but it is continuous or transient. It is not likely to cause physical damage, but it can certainly be annoying, producing static in audio circuits, "snow" on video screens, or garbled data in computers. Noise can be introduced into AC lines by nearby radio transmitters, certain kinds of lighting, electric motors, and other devices. Because RFI/EMI noise occurs at higher frequencies than the 50 or 60 Hz AC line, it can be effectively reduced through the use of low-pass filtering.

Extreme Voltage Protection
The M-8x AR includes special circuitry to sense over and under voltage conditions and either regulate or disable the output before damage can be done to connected equipment. Please refer to the specifications for the exact voltages at which shutdown occurs. When the input voltage falls outside the regulation limit, the power will cut off. Power will automatically be restored when the condition has subsided. The two red LEDs labeled "EVS" indicate a protective shutdown condition.

Extreme Current Protection
The M-8x AR includes a special ECS circuit to detect an extreme over-current condition and shut down the outlets before damage is done to the M-8x AR or your connected equipment. The ECS circuit has been designed to detect high speed and high level currents and will ignore low speed / low current transients, such as amplifier inrush currents. When an ECS condition has been detected, the M-8x AR will shut down outlets and illuminate the red Extreme Current LED.

ECS Shutdown Range
Within 10 cycles at 100 A, and within 1 cycle for currents greater than 200 A 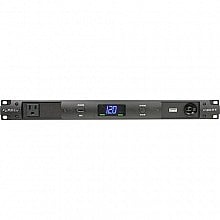