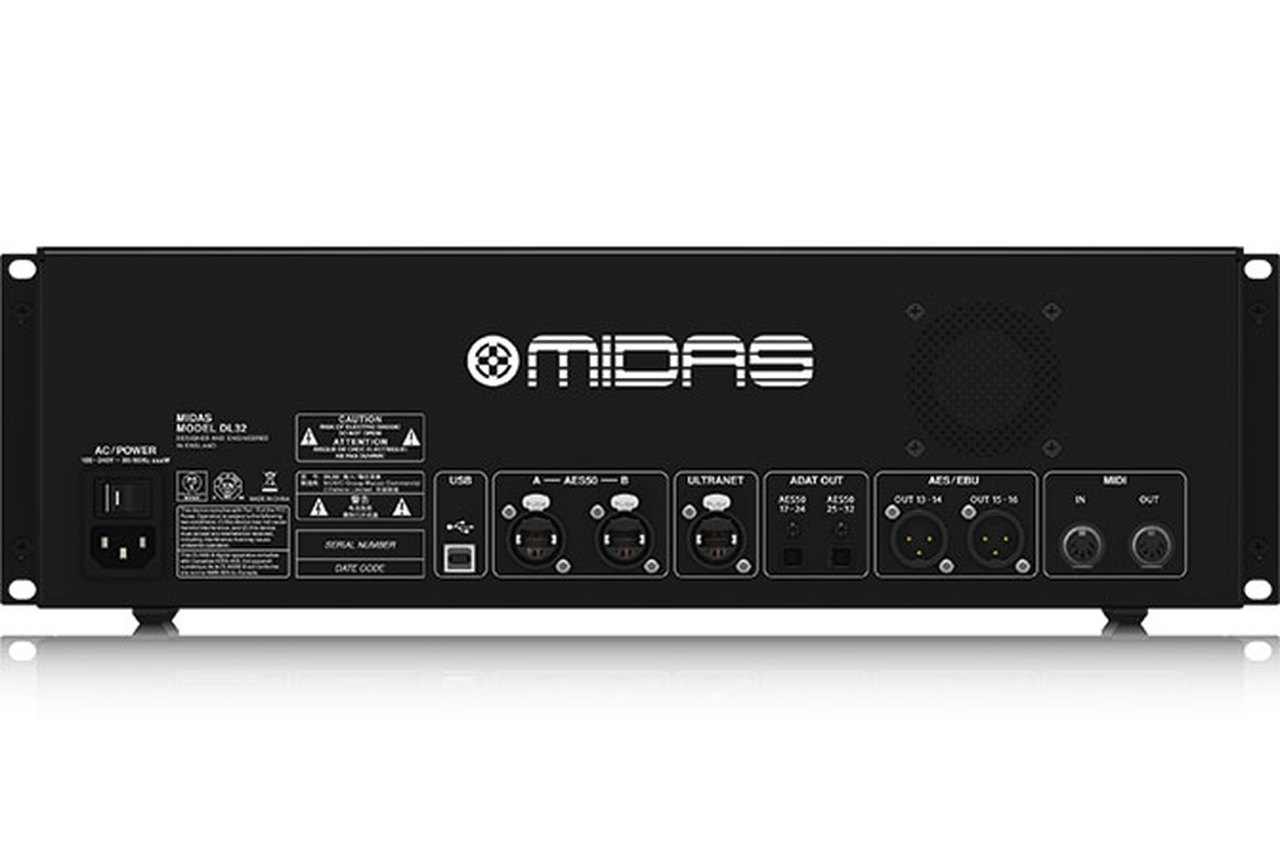 Digital mixing has revolutionized virtually everything in the live entertainment production workflow. The Midas DL-32 stage box is the perfect solution for connecting the onstage talent with your Front of House (FOH) console, and the rest of the world – the I/O packed and highly affordable Midas DL-32 digital stage box.

The Midas DL-32 digital stage box provides 32 MIDAS PRO Series remote-controllable mic preamps, plus 16 balanced analog XLR returns at the stage end – and all it takes is a single Cat 5e cable (up to 100 m / 328'). While KLARK TEKNIK, the industry-leader in high-end digital audio processing, invented the AES50 SuperMAC technology that made it all possible – superb scale of production makes the Midas DL-32 so very affordable.

Ever since Midas' formation in the 1970s, they have had a long history of innovation and leadership in the world of audio mixing consoles. Employed by the most famous touring acts and installations worldwide, legendary consoles, such as the XL4 and Heritage H3000 have quickly become industry standards.

They've earned an impeccable reputation due to their no-compromise approach to audio and build quality, and in particular for the Award-winning Mic Preamps, which are considered by industry experts as the industry’s best-sounding designs. Building on this legacy, the XL8 and PRO Series of Live Mixing Systems continue this great heritage of Award-winning audio quality.

When used as part of a complete M32 system, two Midas DL-32 Stage Boxes can be cascaded via the built-in AES50 ports, providing connectivity for up to 64 mic/line inputs, 32 balanced outputs and the ULTRANET port allows direct connection to TURBOSOND iQ Series loudspeakers and the BEHRINGER POWERPLAY P-16 Personal Monitoring System – which can feed up to 48 individual monitor mixers. This Midas 32-channel stage box also includes 2 optical ADAT sockets and AES-3 (AES/EBU) for connecting to outboard devices, a convenient USB port for system updates via your PC – plus MIDI I/O for lighting systems and sound module control.

The Midas DL-32 stage box was initially designed with the flagship M32 Digital Mixing Console in mind, but any mixing board with AES50 networking capability can still tap into the Midas DL-32’s powerful feature set. So even if the gig calls for an analog board, you can quickly assemble a couple of Midas DL-32 stage box and XL48 to create a high-performance, lightweight 32 x 16 digital snake – with full remote preamp control.

The world-renowned engineers at KLARK TEKNIK, MIDAS, TURBOSOUND and BEHRINGER have all come together to create something truly innovative that will change your live and studio workflow forever – welcome to ULTRANET. This revolutionary technology seamlessly transmits up to 16 independent channels of 24-bit digital audio and control data via a single CAT5 cable between compatible digital devices – including mixers, I/O stage boxes, powered loudspeakers and personal monitoring systems. Advantages realized through ULTRANET digital networking, versus traditional analog methods include: audio signals are impervious to Radio Frequency Interference (RFI); signal crosstalk is eliminated, and ease of use translates directly into a significant amount of time saved during show setup or installation. ULTRANET effectuates a powerful digital eco-system, which they call “Acoustic Integration”, providing unparalleled control over every element of your audio production environment from one convenient location.

Some of the outstanding features of the Midas DL-32 are:

As you can see, the Midas DL-32 stage box is an extremely versatile 32 x 16 digital stage box solution with our remote-controllable mic preamplifiers, KLARK TEKNIK’s AES50 connectivity and a wealth of other professional-grade features – all at a price anyone can afford. Built tough enough to withstand the rigors of the road, the DL32 only takes up two rack spaces and connects to FOH with a single, inexpensive CAT5 cable.

Now you can have the missing link between the stage and FOH at a fraction of the cost of competing systems – and they back it up with a comprehensive warranty program. Order this Midas 32-Channel Stage Box today. 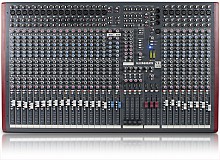