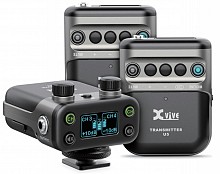 The system operates on the 2.4GHz wireless bandand offers a reliable, long-range wireless signal with high-fidelity 24-bit/48kHz audio. The Receiver has a shoemount for connection to a DSLR camera. It can receive one or two signals at a time; and send them to the camera (via the included 3.5mm cable) as either a mono or stereo signal. When using two transmitters, in stereo mode each input gets sent to one stereo side—making it possible to control the blend between signals later during editing.

The U5T2 provides high-quality voice audio for all kinds of video shoots, vlogging / YouTubing, livecasting, interviews, sporting events, wedding parties and more. The system is powered by an Xvive U5B replaceable lithium-ion battery, which provides up to 5 hours of continuous use. The battery can be recharged by plugging the unit into a 5V USB power source, using the supplied cable. Or, with the U5C battery charger kit, you can charge three backup batteries at the same time, ensuring that you never run out of power! 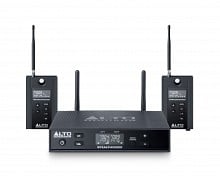 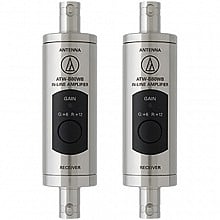